Tallest Buildings In The World

Tall buildings – the symbol of urban style and might – have always fascinated mankind.

The world’s first skyscraper with a steel frame construction was the Home Insurance Building in Chicago, built in 1885 with a height of 55 m (180 ft) and ten floors.

But it was in New York that the skyscraper concept became inspirational in the early 20th century, with the 443 m (1,454 ft) Empire State Building being the literal highlight as the world’s tallest building, a title which it held for nearly half a century (from 1931 through 1972).

Ever-improving technology, engineering capabilities, and a lot of egos make that we continue to build higher and higher, pushing our own boundaries (today, the Empire State Building doesn’t even make the top 45 anymore).

Here are the current 10 tallest buildings in the world. 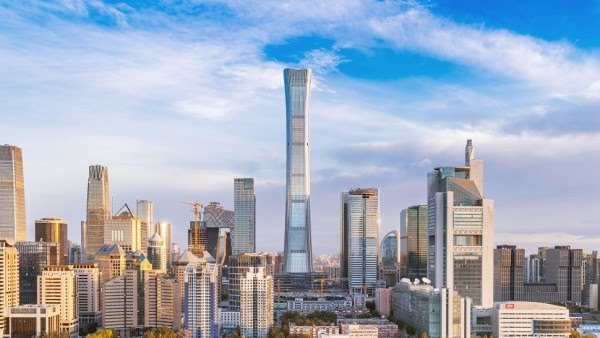 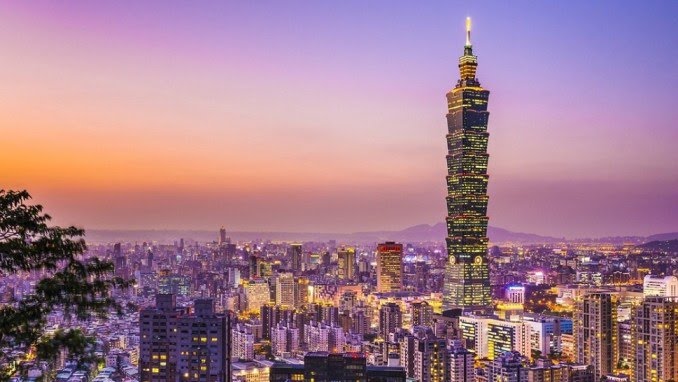 CITIC Tower is a super tall skyscraper in the Chinese capital’s business district.

The building’s intriguing profile – wide at the top and at the base and slender in the middle – is inspired by the zun, an ancient Chinese ritual vessel for drinking wine, which also lends the structure its nickname.

The tower’s smooth vertical curve gives the building a contemporary and elegant expression that assists in maximizing the floor area at the top, while provide structural stability at the base.

The tower is likely to remain the tallest building in Beijing for the foreseeable future, as in 2018 authorities capped new projects in the central business district to a height of no more than 180 m (590 ft) in a bid to reduce congestion. 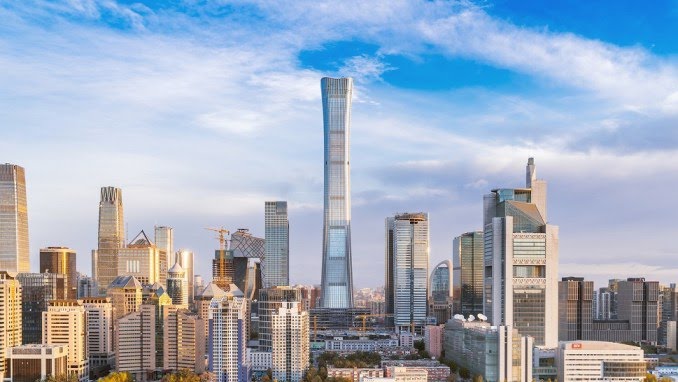 The Tianjin Chow Tai Fook (CFT) is a striking new landmark in the Tianjin Economic-Technological Development Area (TEDA), located just outside the coastal metropolis of Tianjin.

These curving columns increase the structure’s response to seismic concerns and are integral to both the gravity and lateral systems. 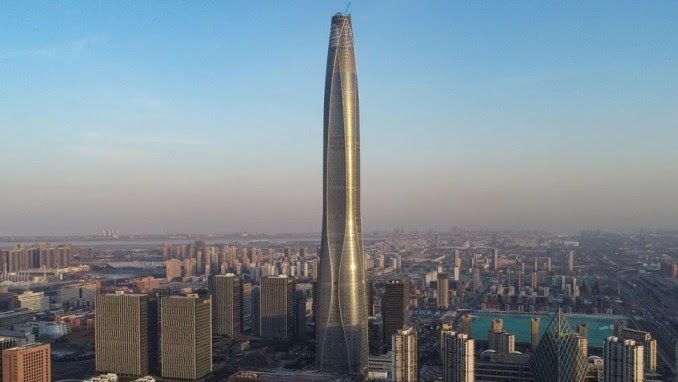 The tower among the tallest buildings in the world design is derived from the efficient synthesis of its multiple uses.

Its form is sculpted at four major transition points: office to residential, residential to hotel, hotel to crown, and crown to sky. Instead of tapering to accommodate the smaller floor plates required for different programs, the tower steps back at four angled parapets.

These four setbacks allow for lush sky terraces and dramatic skylights. The building also employs a number of energy efficient tools to reduce its environmental footprint: the use of high-efficiency chillers and heat recovery from the water-cooled chiller condensers all contribute to the building’s sustainability. 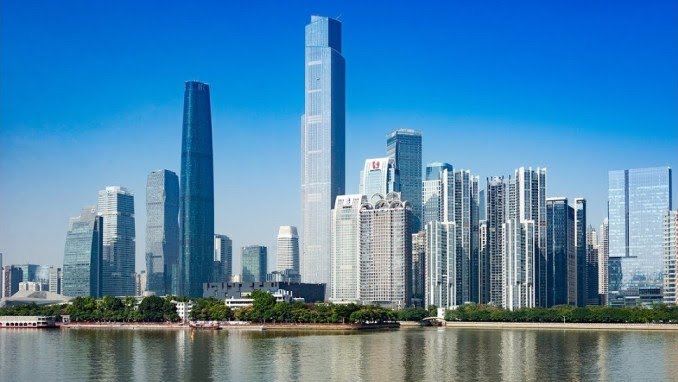 One World Trade Center – also known as Freedom Tower – is located in the city’s bustling financial district in Downtown Manhattan.

The skyscraper cost $4 billion USD and took eight years to build between the start of construction in 2006 and the first tenants moving in 2014.

Its sheer size, geographic constraints, and safety necessities make it easily one of the Western Hemisphere’s most complex projects ever built.

The tower is home to a stunning observation deck and the 9/11 Memorial & Museum. Situated on the site of the original World Trade Centre, the 9/11 Museum uncovers the story of this ill-fated day with over 10,000 artefacts on display, as well as interviews of 2,000 first-hand accounts, photographs and family testimonies. 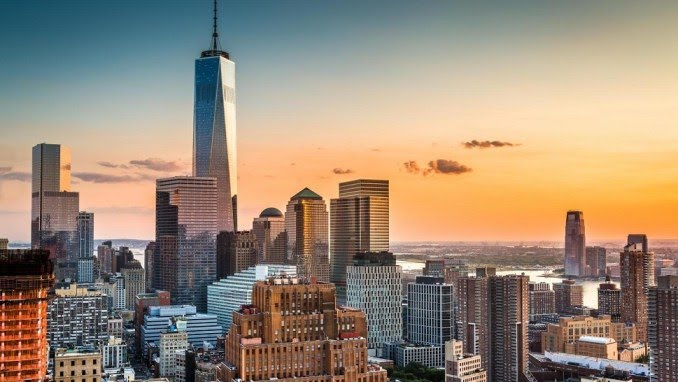 Lotte World Tower is one of Korea’s architectural crown jewels.

The design of the 123-story tower draws from the forms of traditional Korean ceramics and calligraphy.

The skyscraper rises in a sleek, tapered profile that contrasts with the city’s mountainous topography.

Inside, the tower contains a wide variety of program types, including retail spaces, office floors, a five-star luxury hotel, and an “officetel.”

Commonly found in Korea, officetels offer studio-style apartments for employees who work in the building and feature service typically found in hotels such as standard furnishings, front desk services and gym access.

Ping An is the physical and iconic center of Shenzhen’s growing central business district.

The stone and glass tower’s four facades are sheathed in chevron-shaped stone verticals that extend from the building’s base.

The latter includes five floors of retail shops that terrace away from the tower to form a large amphitheater-like space.

The building is also defined by a central atrium, which serves as a public vestibule and allows daylight in, creating a welcoming space for meeting, shopping and dining.

The original plan was to add a 60 m (197 ft) antenna atop the building to surpass the Shanghai Tower (cf below) and become the tallest building in China, although that plan was abandoned due to the possibility that it might obstruct flight paths. 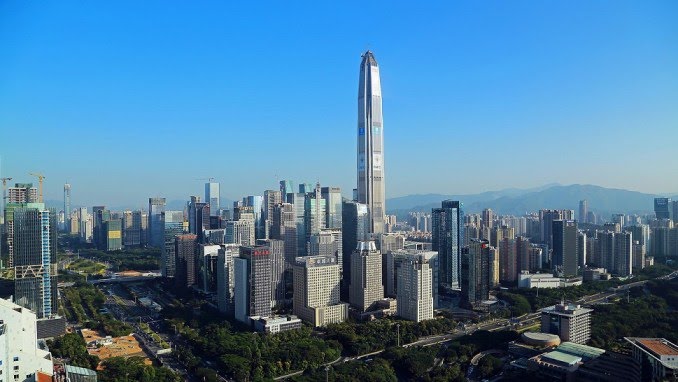 The Abraj Al-Bait is a government-owned complex of seven skyscraper hotels located next to the world’s largest mosque and Islam’s most sacred site, the Great Mosque of Mecca.

ALSO READ: Unbelievable: see the top 10 movies with the highest budget in the world.

The tower also houses has two large prayer rooms (one for men, one for women) and a Fairmont managed hotel to help provide lodging for the millions of pilgrims that travel to Mecca annually to participate in the Hajj.

The developer and contractor of the complex is the Saudi Binladin Group, the Kingdom’s largest construction company.

It is the world’s most expensive building with the total cost of construction totaling $15 billion USD. 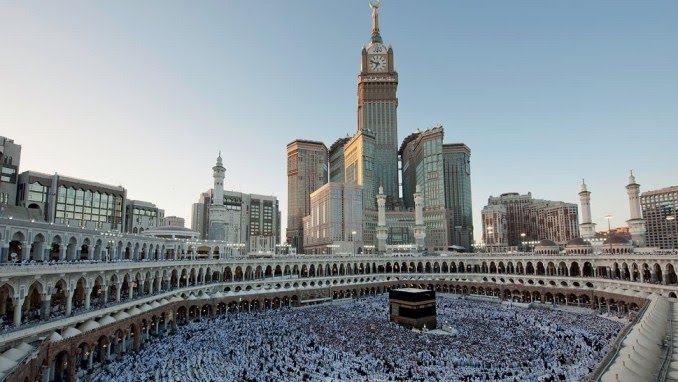 The Shanghai Tower it is the tallest of the world’s first triple-adjacent supertall skyscrapers in Shanghai’s financial center, the other two being the Jin Mao Tower and the Shanghai World Financial Center.

Shanghai Tower is one of the most sustainably advanced tall buildings in the world: a transparent skin wraps around the entire building, creating a buffer between the inside and outside that warms up the cool outside air in the winter and dissipates heat from the interior in the summer. 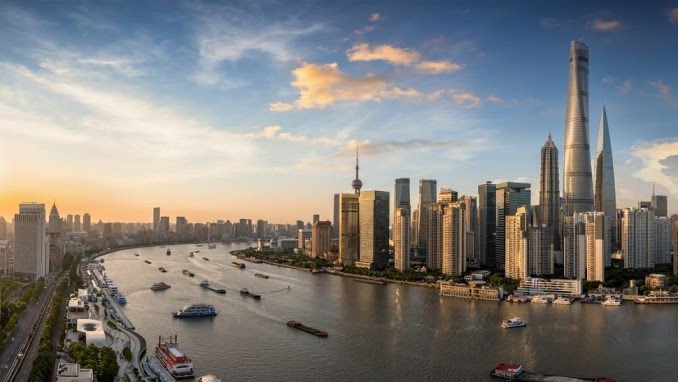 The building was originally named Burj Dubai but was renamed in honor of the ruler of Abu Dhabi, after he lent money to the Dubai developers, who ran into financial issues during the construction of the tower.

The tower’s design is inspired by the geometries of a regional desert flower and the patterning systems embodied in Islamic architecture.

As the tower rises from a Y-shaped tripartite base, setbacks occur in an upward spiraling pattern, reducing the building’s mass as it reaches skyward.

The centerpiece of a large mixed-use development, the Burj Khalifa contains offices, retail space, residential units, and the Armani hotel.

This tower is currently The Tallest Building in the world. 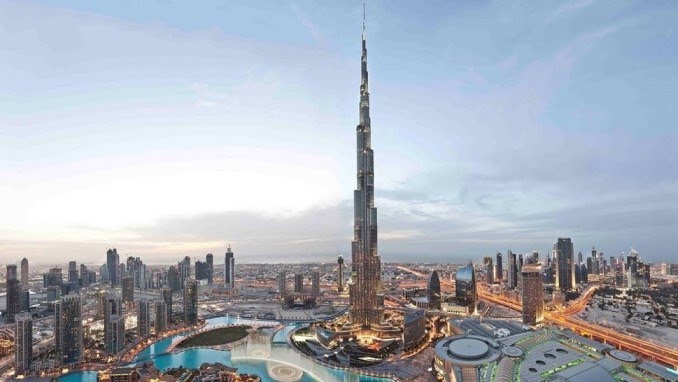 4 thoughts on “10 Tallest Buildings In The World, Most Of Them Are In China.”