The Federal Government has announced the dates of the examinations for students in various graduating classes in the country.

Others are the Basic Education Certificate Examinations (BECE) for JSS 3 students, and the National Common Entrance Examination (NCEE) for intending primary school applicants into Unity Colleges.

Chukwuemeka Nwajiuba, the Minister of State for Education, announced the dates in a statement on Wednesday by the Director of Press and Public Relations at the ministry, Ben Goong.

He noted the government has released a comprehensive schedule for various examinations for the graduating classes.

The Minister added that this would be followed by NABTEB examinations scheduled to start on September 21, as well as the NECO exams on October 5, while the NCEE would take place on October 17.

The government also fixed September 23 for the commencement of the National Board for Arabic and Islamic Studies (NBAIS) examination.

According to the minister, the registration for NECO is ongoing and is expected to end on September 10 and there will be no extension.

He explained that the dates were selected following a series of meetings with the heads of various examination bodies in the country.

Nwajiuba, therefore, directed all examination bodies to release details of their examination timetables in the next seven days.

Read the full statement below: 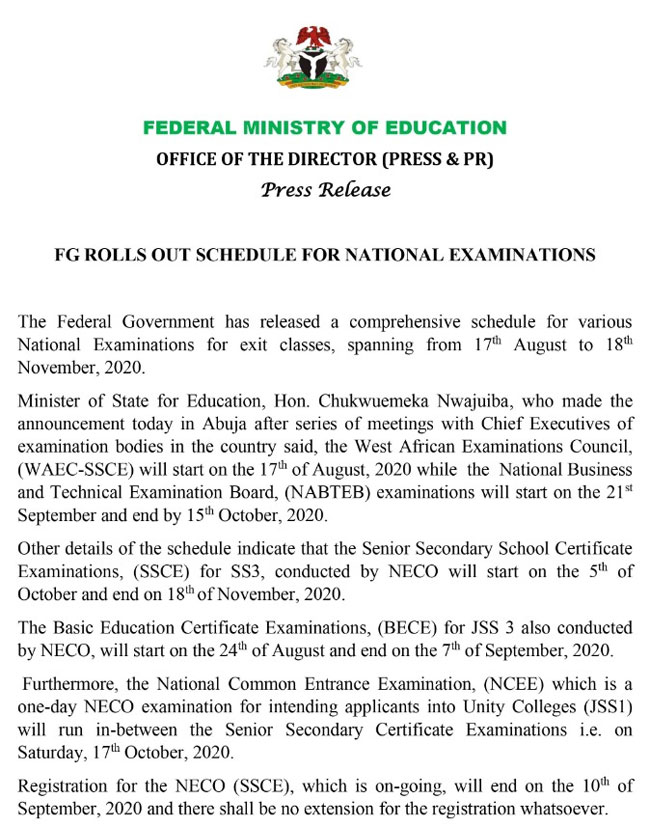 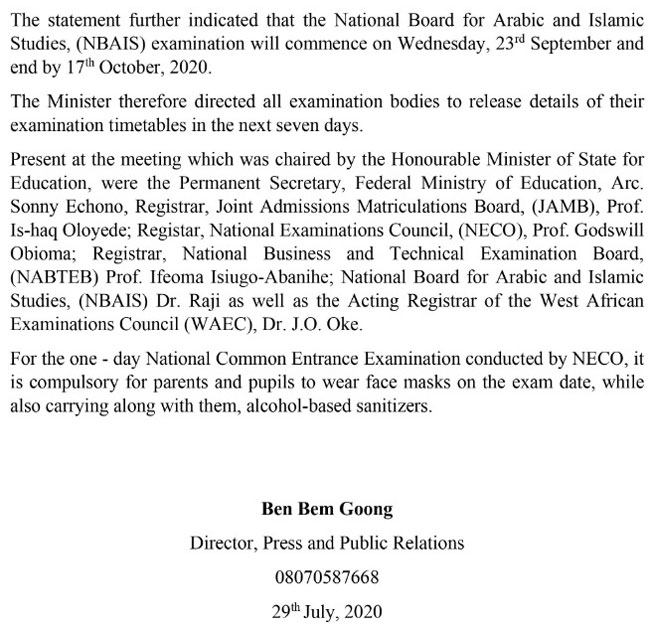